Human Immunodeficiency Virus (HIV or HIV, for its acronym in English) is a virus that affects the body’s defense system, called the immune system. Once weakened by HIV, the defense system allows disease to appear. This advanced stage of HIV infection is called Acquired Immune Deficiency Syndrome (AIDS). This means that AIDS is a set of symptoms (syndrome) that appears due to a failure of the immune system (immunodeficiency) caused by a virus that is transmitted from person to person (acquired).

For this reason, not everyone with HIV has AIDS, but everyone with AIDS has HIV. A person with HIV does not necessarily develop symptoms or illnesses. However, you can pass it on.

We call opportunistic diseases to infections or tumors that develop in the context of an impaired immune system and are those that mark a picture of AIDS. People who reach the stage of AIDS, can access treatments that allow to reverse this state, overcoming the disease that has appeared and recovering an adequate level of defenses.

HOW DO YOU GET AIDS/HIV

HIV is found in blood, semen, vaginal fluids, and breast milk. HIV is transmitted through the contact of these fluids with the mucous membranes or bloodstream of another person.

The proven transmission routes are few and well defined:

– Blood route: by contact with blood when sharing syringes or joints for the use of drugs or any other sharp or pointed element. Although cases are no longer known in Argentina, it can be transmitted through uncontrolled blood transfusion.

– Perinatal or vertical route: from the pregnant person to the child during pregnancy, childbirth and breastfeeding. It is the main route of transmission of HIV in children. Without proper treatment and medical care, a person with HIV has a 30% chance of giving birth to a baby with HIV. With treatment and medical attention, the risk of transmitting the virus to the baby is almost nil.

How is it not transmitted?

As important as knowing how the virus is transmitted is knowing what behaviors or practices do not. Having sex using a condom, a sneeze, a mosquito bite, sharing dishes or the same toilets, or waxing do not transmit the virus. Saliva, tears, sweat, air and water, as well as food are not vehicles of transmission.

Neither are playing sports, kissing, hugging, shaking hands, playing, working or studying, sharing showers or swimming pools, and exchanging clothes with people with HIV. Those who receive a properly controlled blood transfusion are not at risk. The National AIDS Law requires the control of all blood to be transfused. Any procedure that includes risk of cutting or puncture (puncture) must be carried out with disposable or sterilized material.

– Blood route: it is prevented by avoiding contact with blood. For this, it is necessary not to exchange or share needles or syringes. In the case of injectable drugs, use a new syringe each time. It is also suggested to control that any procedure that includes a cut or puncture (puncture) is carried out with disposable or sterilized material, such as the dentist, manicure, tattoos or medical practices. Lastly, avoid contact with blood or use latex gloves.

– Perinatal or vertical route: it is prevented by controlling pregnancies. It is recommended that all pregnant women get tested for HIV during the first trimester. If the result is positive, treatment should be started, medical indications followed and breastfeeding stopped. Thus, the chances of transmitting the virus to the baby are almost nil. It is recommended that the couple also perform the test, and in the case that it is positive, use a condom to avoid infection of the pregnant person and its subsequent transmission to the baby.

What is Combination Prevention?

It involves combining condom use with other methods that prevent HIV.

Why does this strategy exist?

The use of condoms is a fundamental tool to prevent HIV, but it is not the only one. Combination prevention integrates a set of programs designed to meet the HIV prevention needs of specific individuals and communities. Many times, some populations are affected by the epidemic in different ways than others, and this requires an intervention that is appropriate and adapted to each situation. Each strategy is to be grounded in rights and scientific evidence from a public health perspective.

Within 2 to 4 weeks after infection with HIV, about two-thirds of people will have a flu-like illness. This is the body’s natural response to HIV infection.

Flu-like symptoms can include:

These symptoms can last anywhere from a few days to several weeks. But some people do not have any symptoms at all during this early stage of HIV.

Don’t assume you have HIV just because you have any of these symptoms—they can be similar to those caused by other illnesses. But if you think you may have been exposed to HIV, get an HIV test.

Here’s what to do:

In this stage, the virus still multiplies, but at very low levels. People in this stage may not feel sick or have any symptoms. This stage is also called chronic HIV infection.

Without HIV treatment, people can stay in this stage for 10 or 15 years, but some move through this stage faster.

If you take HIV medicine every day, exactly as prescribed and get and keep an undetectable viral load, you can protect your health and have effectively no risk of transmitting HIV to your sexual partner(s).

But if your viral load is detectable, you can transmit HIV during this stage, even when you have no symptoms. It’s important to see your health care provider regularly to get your viral load checked.

If you have HIV and you are not on HIV treatment, eventually the virus will weaken your body’s immune system and you will progress to AIDS (acquired immunodeficiency syndrome). This is the late stage of HIV infection.

Symptoms of AIDS can include:

Each of these symptoms can also be related to other illnesses. The only way to know for sure if you have HIV is to get tested. If you are HIV-positive, a health care provider will diagnose if your HIV has progressed to stage 3 (AIDS) based on certain medical criteria.

Many of the severe symptoms and illnesses of HIV disease come from the opportunistic infections that occur because your body’s immune system has been damaged. See your health care provider if you are experiencing any of these symptoms.

Read more about the difference between HIV and AIDS.

What strategies are there?

Post-Exposure Prophylaxis (PEP): it is an emergency treatment for HIV that is accessed immediately after being exposed to a risk situation (up to 72 hours later). It lasts for 30 days. 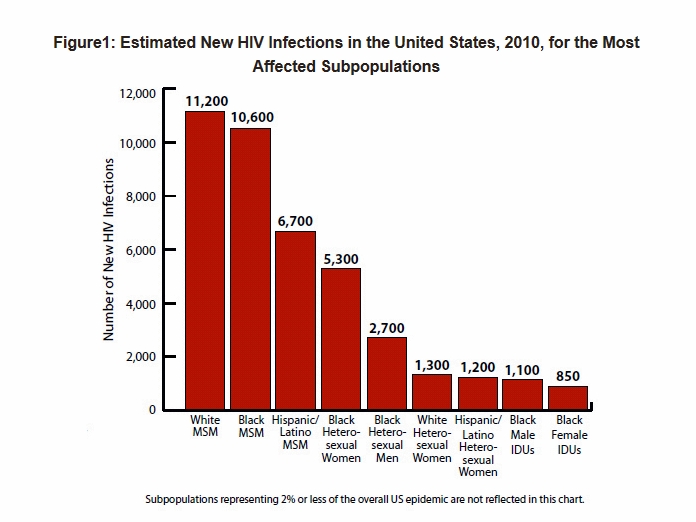